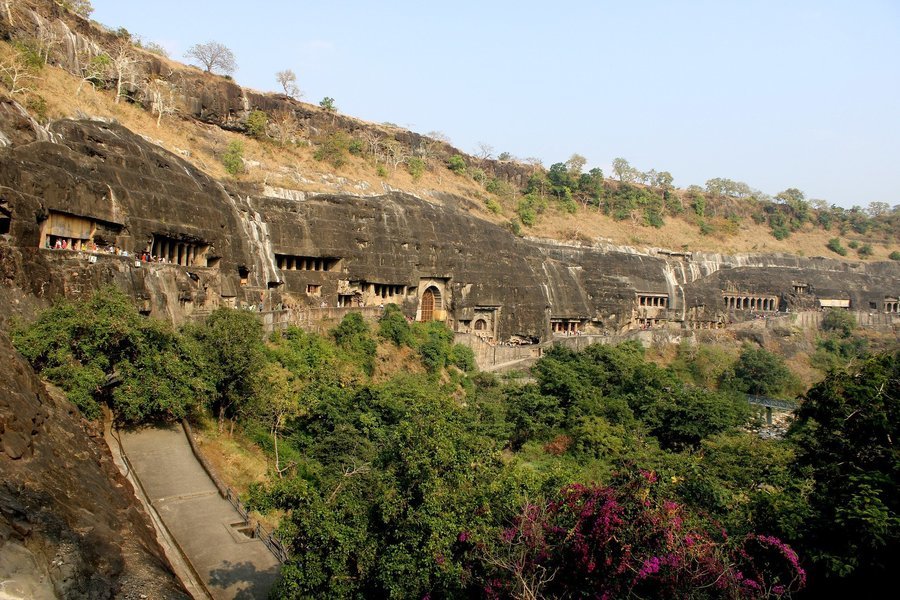 Ajanta Ellora Tour
Aurangabad is a tourist hub in Maharashtra. It seems a lot of international tourist traffic due to the UNESCO World Heritage Sites, Ajanta, and Ellora Caves that lie on its outskirts. Aurangabad, a dream destination of Mughal Emperor Aurangzeb, founded in 1610, is known today, as one of the four important cities in Maharashtra.

Ajanta and the stunning cave paintings were made, to be lost and rediscovered in the early 19th century. The carvings in the Ellora caves track the changing fortunes of three major religions Buddhism, Hinduism, and Jainism between the 5th and the 10th centuries CE.

Adventure Geek invites you to explore Ajanta Ellora caves' history and know the wonders in this beautiful city dating back to the Mughal Era.
Check out our Other Upcoming Event

Meet leaders at 9:00 pm at CSMT and board train no 17057 (Devagiri Express)
Overnight journey in train.

Day 1:
Reach Aurangabad by 4:30 am & Transfer to the hotel. Relax for a while freshen up have to breakfast and leave for Bibi Ka Maqbara which is an imitation of the Taj at Agra, also known as the Mini Taj of Deccan. After exploring this beautiful monument head towards the Ajanta Caves. On the way back to the hotel take a halt at Ajanta Viewpoint. Reach the hotel and rest for the day.

Day 2:
Wake up have breakfast and leave for Ellora caves and also visit The Tomb of Mughal Emperor Aurangzeb a.k.a Valley of Sufi Saints. Get to know about the ancient art & culture and beliefs. After lunch Enroute to the magnificent Dualatabad fort. If time permits go on a shopping spree in the local market. Come back to the hotel, check out, and head towards the railway station, and board Train no (17058 Devagiri Express). Overnight journey by train