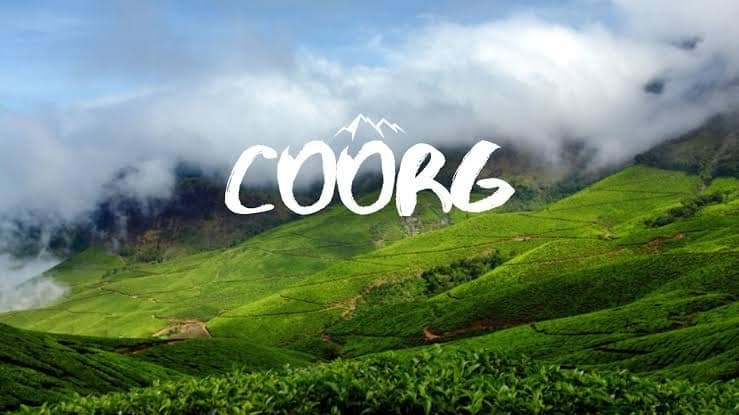 Adventure Geek invites you to Coorg Backpacking Tour
Coorg is a mountainous district in the Indian southern state of Karnataka, approximately 260 kilometers from Bangalore Center and 1,525 meters above sea level. It is well renowned for its friendly inhabitants and fantastic scenery with attractions such as the mountains, woodlands, and a wide variety of wildlife.

Coorg is often referred to as the Scotland of East by the Scots in British Army, who occupied the area from the 1830s until independence in 1947. The district is officially known as Kodagu. Lonely Planet has regarded Coorg as the most underrated destination in India.

Madikeri is a hill town in southern India. Framed by the Western Ghats mountain range, it’s known for the Raja’s Seat, a simple monument overlooking forests and rice paddies. In the center, the 17th-century Madikeri Fort features 2 stone elephants at the entrance. Nearby, the domed Omkareshwar Temple is dedicated to the Hindu deity Shiva.

Checkout Our Other Backpacking Tour

Day 1:-
Meet Adventure Geek Leader at 11. am at LTT and board train Netravali Express

Day 2:-
Reach Mangaluru and board a Private vehicle and drive towards Coorg. (4 hours drive)
Reach upon Coorg check-in and fresh and up to visit the famous coffee plantation of Coorg.
Enjoy local cuisine and proceed towards abbey falls one of the most visited places in Coorg. if time permits we will visit Madikeri Fort and the Famous Raja Seat
Back to the hotel and Dinner
Later games and music with some story sessions.

Day 3:-
Good morning call....!!
wake up with a beautiful view of Coorg and enjoy your slip of tea/coffee with breakfast
Post Breakfast leave for an Elephant safari guess what you can take an Elephant bath along with spending time with them
Later head towards the monastery which is known as the Golden temple.
One of the big monasteries after Dharamshala.
Post Lunch we will enjoy water resoviours and come back to Hotel for Dinner

Day 4:-
Wake up Call.......!!
Good morning and fresh and up with a mesmerizing view and our last day in Scotland of India.
Post Breakfast we will go to the top of the Madikeri i.e Mandalpatti.
enjoy the Jeep Ride you have ever done before to reach a picturesque view. Photo session  and start our Journey Back to Station
Board Mangaluru Express at 4.30 pm.Overnight Journey in Train

Day 5:- Reach Mumbai by 9.30 am with good memories, New Bonds, and Good Photos
Also, promise to meet at the Next event.

FAQ for tour to coorg