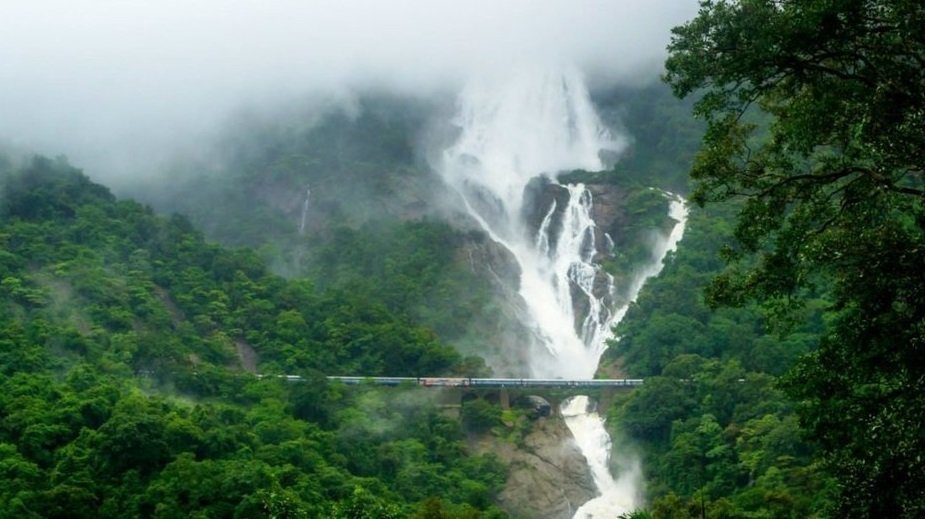 Dudhsagar Waterfall trek is one of the world's most exquisite falls. It lies high up in the Mandovi River's watershed and so is not particularly spectacular during the dry season. During the monsoon season, however, the falls are transformed into one of the most powerful falls in India. Dudhsagar Waterfalls is listed as India's fifth tallest waterfall and is 227th in the world at 310 m. The water plummets hundreds of meters (over a thousand feet) in large volumes during the rainy monsoon season, forming one of the most spectacular natural phenomena in Goa. It is a major part of the Goa ecosystem. It is a four-tiered waterfall with a total height of 310 meters (1017 feet) and an average width of 30 meters (100 feet)

So what are you waiting for? Join us for this thrilling Waterfall trek. Will be pretty sure each one will create his/her memories for life

Checkout Our Other Trekking in Goa

Please Note: Participants traveling from Pune need to reach Panvel station latest by 3.30 pm on Day 1 as we will be catching 12619 MATSYAGANDHA Express.

While returning participants will be reaching Panvel by 5:00 am early morning.