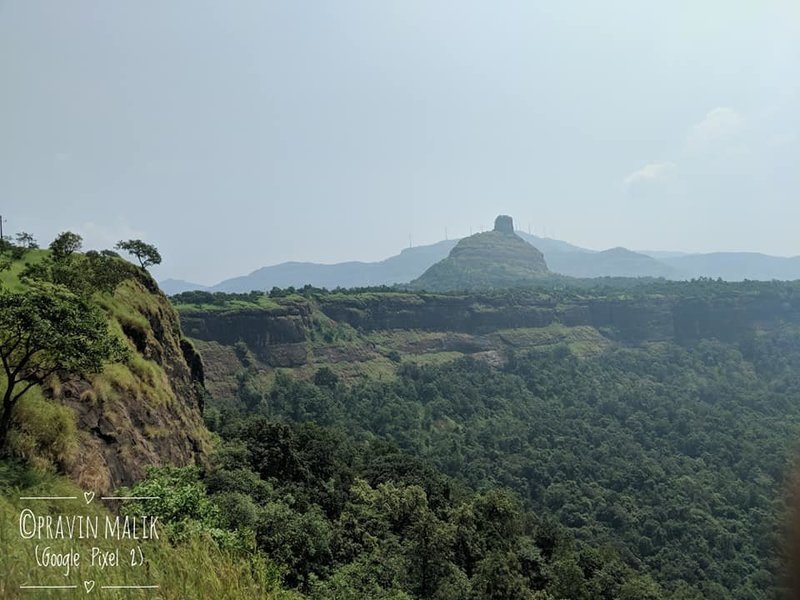 Adventure geek invites you for Kothaligad Fort Trek or Peth Fort Trek / Kothaligad Trek
Kothaligad is more commonly known as the fort of Peth because the village of Peth is situated at its base. The pinnacle of the Peth can be seen from the village. It looks like a filed surface. On reaching the top of the fort, we see caves carved in huge rocks. The first one is the cave of Goddess, besides which is water cistern and the last one is the specious Bhairoba cave. A flat floor and well-sculpted pillars are a specialty of the cave. Along the Bhairoba cave, steps are carved leading to the pinnacle. Four–Five potholes and some cannon balls are scattered in the fort. Kalwawantinicha Mahal, Nagfani, Siddhagad, Malanggad, Chanderi, Prabalgad, Manikgad, and Matheran all these surrounding historical places are visible from the top of the fort Peth.

The tentative itinerary for the Trek is as given below: Board train at 9:26 pm CSMT-Karjat fast local. People who stay on slow track station please come to your nearest fast train station.

Meeting Point: Karjat Station – 08:10 am
08:10 am: We will proceed to the base village Sondewadi by tum-tum or private vehicle.
enroute Breakfast
09.00 am:  Reach Base village of Peth Fort, Introduction round Ascend
09.30 am: Start Trek
11.30 am: Reach the top and Explore
12.30 am: Start Descending after the photo Session
01.00 pm: Reach Pethwadi and Have Lunch
02.00 pm: Start Descending and reach the base village of Peth fort and start a journey towards Karjat
03.00 pm: Reach Karjat Station and Catch a train to Mumbai with Memories.

Where is Kothaligad fort locate??
Karjat is 90 km from Mumbai. Ambivili is the base village of Peth fort

Who all can join Kothaligad trek??
From Beginner to Professional Trekker who is willing to join

What is provided in Kothaligad fort?
Travel from Karajat to Base Village, Breakfast and Lunch

Can kids join on kothaligad fort trek?
yes kids can join for the trek

(Milk/Coffee/Maggi will be served on additional charges)