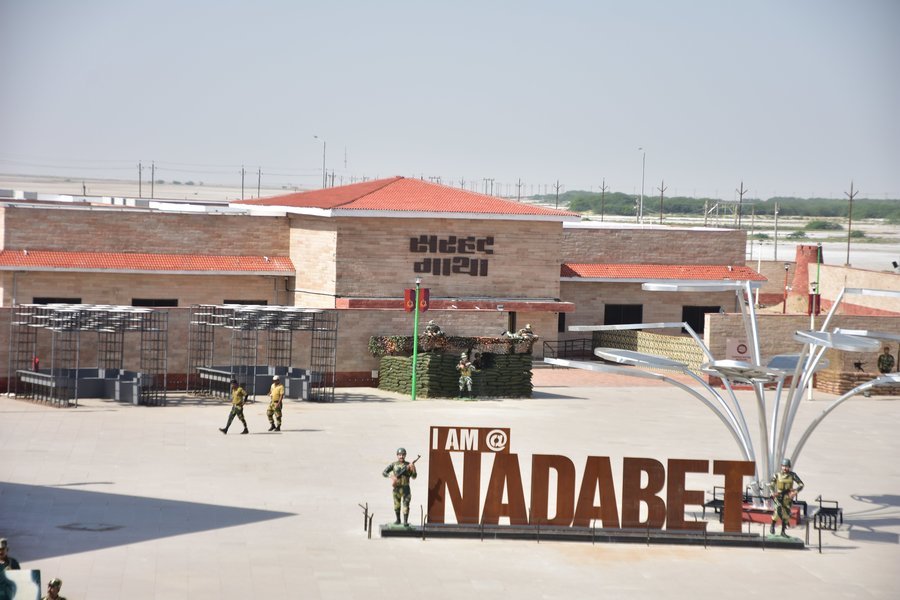 Nada Bet, a small slice of land jutting into a sprawling lake, where the Seema Darshan is held. Tourists can reach Seema Darshan – Nadabet, Kutch easily by road.

A viewing desk tower is also created so that the tourists visiting Nadabet can also enjoy the view of the border. Tourists can enjoy a spectacular border view from the tower. Children's play area is created for the children where they can play various outdoor games.

The places we will be visiting are as follows:

RANI KI VAV: Rani ki Vav aka the Queen’s Stepwell is situated on the banks of the Saraswati River in Gujarat. It is also featured on the new Rs100 note. It was also declared a UNESCO World Heritage Site in 2014.
It has gained huge popularity due to its elaborate seven-storied structure and intricately carved sculptures of gods, goddesses, and deities.

MODHERA SUN TEMPLE: Located about 100 Km from the city of Ahmedabad, in Gujarat this structure has a history of more than 1000 years. The Sun Temple was made in honor of the Sun God – Surya!
The temple complex consists of three distinct components: the Gudhamandapa (the shrine hall), Sabhamandapa (the assembly hall), and the Kunda (a sunken reservoir).

PATAN: Home to Rani Ka Vav, the latest Indian entrant to the list of UNESCO World Heritage Site, Patan is a treasure trove of architectural gems and ancient temples
Patan is believed to have mosques that are even older than the Muslim heritage buildings of Ahmedabad! The city is also a shopper's delight as the renowned Patola sarees and Mashru fabrics are woven by local families here.

Lunch Enroute
Reach the hotel by 7. pm and enjoy a gaming session