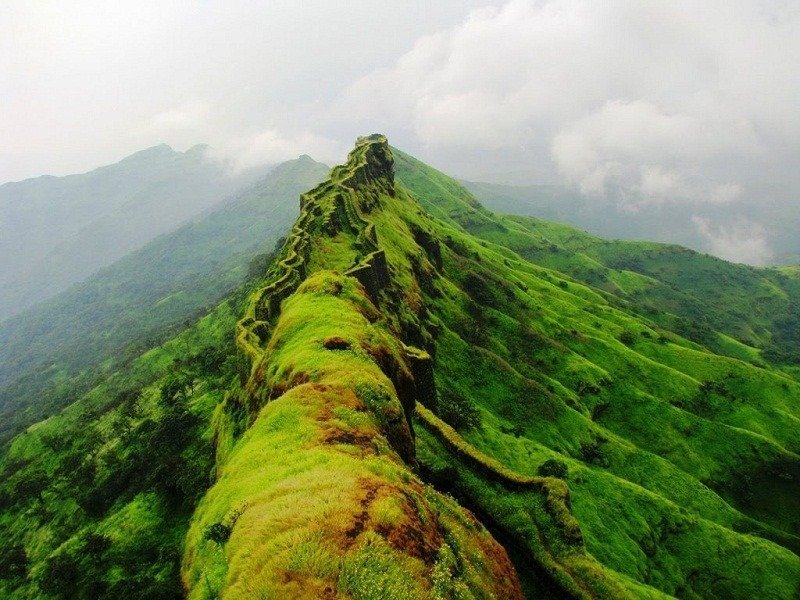 Raigad Fort is a magnificent hill fortress, situated in the Raigad district of Maharashtra. It lies approximately 125 km away from Pune and serves as one of the major excursions of the city. The fort once served as the capital of Chhatrapati Shivaji, the Great Maratha king, in 1674. It was around this time only that Shivaji was crowned the King of a Marathi kingdom. Perched at an altitude of 1350 m or 4530 feet above sea level, Raigarh fort falls under the Sahyadri Mountain range of India.

The main structures inside the Raigad Fort, which today stands mostly in ruins, comprise of Queen's Quarters, Public Durbar, Watch Towers, Darwaza or gateways, Water tanks, temples, etc. The Queen's Quarters consist of six chambers in toto, meant for the queen and her attendants. The central place situated inside the fort was constructed mainly out of wood. However, apart from its base, made up of pillars, hardly anything else remains. One can also be witness to the ruins of the three watchtowers, which were once used to spot any threat from a distance.